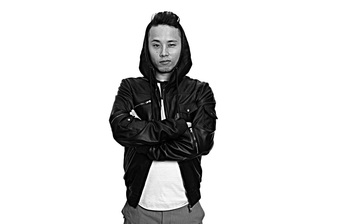 DJ Baby Yu is a nationally and internationally acclaimed spin doctor whose phenomenal talents have established him a stellar reputation trusted and sought after by today’s hottest music moguls. He is a native of Toronto, Canada, but has a Japanese heritage, which his stage name reflects.

He has been dubbed the nickname “The Remix Kid” for his amazing ability to harmoniously blend the unlikeliest song choices and music genres. His unique skills have been embraced globally and have set him apart from other spin doctors.

In 2008, DJ Baby Yu decided to continue his musical journey in the U.S. after receiving an offer from the Velvet Room to become their DJ in Atlanta. The position proved to be a step in the right direction, as it is expanding his already successful career.

Since his move to the South, he has been lighting up Southern nightlife, including several cities in Virginia, with a brand new vibe.

When a party or concert needs a jumpstart, the music industry’s biggest acts enlists the assistance of DJ Baby Yu.

His general love of music has led him to explore other endeavors within the field of music, such as producing and hosting radio shows, which has proven him to be more than a one-trick pony. For nearly 17 years, his talent, passion and unwavering determination have brought him much deserved success.

During the course of his career, he has performed at numerous nightclubs, lounges, concerts and after-           parties, and he has created award-winning mixtapes, produces and hosts.

and KISS 92.5- from 2002 to 2003. Additionally, he has appeared on various national television shows, including MTV Canada, NBA XL, Much Music, E-Talk Daily.

What is He Up to Now?

DJ Baby Yu appears as a DJ and producer, on Atlanta’s top radio station, V103 FM “The People’s Station” Monday through Friday on “The Ryan Cameron Morning Show” at 7:00 am, “The Big Tigger Show ” at 5:00 pm and “Midday Motivation Mix” every Saturday at noon.

Additionally, he is a CBS Radio mix coordinator and he is part of the music group “Sato Goldschlag” with DJ Swivel.

In 2003, he received The Canadian Urban Pool Award for “Flavor Pool DJ of the Year.” By 2005, DJ Baby Yu was bestowed the prestigious honor of becoming a member of the Violator All-Star DJs, created by Chris Lighty, the Violator Management President.

Internationally renowned, Justo Mixtape Awards, honored him as the “Best Canadian Mixtape DJ” in 2006. For two consecutive years, the Stylus DJ Awards honored him with two awards – “Club DJ of the Year” in 2007 and “Best Mixtape” for his mash-up mixtape, “Mashed Potatoes 2” in 2008.

DJs are musical energy conductors. They possess the power to control the flow of energy in a room, utilizing only music, talent and passion. A DJ must have an unquestionable talent, or basic instinct to determine the musical approach to take that will rock a room from the moment a party starts to the moment it ends.

Lastly, a high-energy performance can only be executed with great passion. This passion is  contagious and capable of illuminating the dullest atmosphere. After the party concludes, the rush and excitement lives on in the minds of everyone who attended.

There are only a few DJs that can render this kind of superb performance, and I was fortunate enough to score an interview with the music industry’s preferred spin doctor – DJ Baby Yu.

McClease: What is your birthdate?
DJ Baby Yu: March 28

McClease: Where were you born? Where did you you grow up?
DJ Baby Yu: I was born and raised in Toronto, Canada.

McClease: How many years have you been a DJ?
DJ Baby Yu: Around 17 years now.

McClease: Do you have a musical background, or a part of a music group? If so, could you please give some information about the group (e.g. name of  band, years together).
DJ Baby Yu: Recently, DJ Swivel and I formed a group called Sato Goldschlag. We specialize in Progressive House music.  I also DJ for Young Jeezy since last year as well.

McClease: What inspired you to become a DJ? And, what keeps you inspired?
DJ Baby Yu: I started simply because I loved collecting music.  To be able to play for people around the world and make them happy, well that keeps me inspired.

McClease: What was your first gig as a DJ? What was it like? Where was it?
DJ Baby Yu: My first gig was at a grungy club called Brooklyn Night Club in Toronto, Canada.  I was the opening DJ, and had 300 of my high school friends come and support me.  It was a blast.

McClease: What are your favorite music genres to work with (e.g. R&B, Hip Hop, etc.)?
DJ Baby Yu: My first love is definitely R&B.  In the 7th grade I was introduced to Jodeci, Bell Biv Devoe, and New Edition.  Initially, I was introduced to R&B by my 3rd grade teacher.  She made us sing songs from the Whitney Houston LP every single day.

McClease: How do you prepare for an event?
DJ Baby Yu: I do my homework like I’m preparing for a final exam in school.  When I’m out of town, the first question I ask is, ” Whats the most popular song here?”  Then I get the idea of which direction I can go.  I would brainstorm a bit, and make sure I go in and have fun with everyone else.

McClease: What type of approach do you like to take when remixing music?
DJ Baby Yu:  It’s endless. For instance, at the time when Rihanna and Chris Brown had their issues, I would remix their songs together.  It was entertaining to mix 2 artists that had a story together.

Remixing live is actually very difficult because in most instances, the key of the 2 songs rarely ever match, so I have to consider that and make sure its close enough to be bearable to the listeners.

McClease: Describe the kind of energy you feel when you are performing.
DJ Baby Yu: Just imagine enjoying something that you love so much. Yeah, that feeling.

McClease: What should people expect from an event where you are performing?
DJ Baby Yu: Originality.  I like to keep it different as possible, and also make sure everyone is entertained. I want to make sure that they had a great time.

McClease: How is where you are performing now different from where you use to perform?
DJ Baby Yu: Aside from performing on stage with Young Jeezy doing concerts, nothing has changed since I started.  I’ve DJ’d in so many clubs around the world.

McClease: When you are performing at an event, what do you hope to see when you look out into the crowd?  Besides, high energy, do you prefer a multicultural crowd?
DJ Baby Yu: Well, I prefer an open-minded crowd.  They generally have a broad knowledge when it comes to different genres of music, and they specifically come to party.

McClease: What do you hope people take from your music?
DJ Baby Yu: I want to open their minds when it comes to music. By remixing so many different genres of music together, I know it will happen.

McClease: In your opinion, what is the best thing about being a DJ?
DJ Baby Yu: Being able to meet so many different kinds of people, travel all around the world, and get to work with talented high profile people.

McClease: In your opinion, how important do you think a DJ is to an event? What does a DJ bring to an event?
DJ Baby Yu: The DJ determines everything.  The right DJ will play for the people, and also make sure that their night was a blast.

McClease: How have you made it possible for people to hear your music on the go?
DJ Baby Yu: My podcast site, and SoundCloud site has made this very accessible.

McClease: What advice would you give to anyone interested in becoming a DJ?
DJ Baby Yu: Do it because you love music. Trust me, this is all you need to know, everything else will come together.